Look on our class pages for important dates, spellings and information about this term!

Please can children have full P.E kits in school on Thursdays.

The White Tower
Seeing the Prince and Duchess!
Our wonderful tour guide
Inside an old prison cell - not what we expected!
Names from prisoners scratched into the wall
Enjoying the view
Some of the Beefeater's houses
A memorial to some of those executed!
Sculptures to remember the royal menagerie
A raven playing in it's water bowl
Sculptures to remember the royal menagerie

This half term, our topic will be ‘Crime and Punishment’ unit. Children will develop their chronological knowledge beyond 1066 through studying this aspect of social history. They will learn about the Roman justice system and compare crime and punishment through the ages. They will also deepen their historical awareness and compare modern day crime prevention and detection methods with those from the past. We will be complementing our learning with a trip to the Tower of London at the end of the half term. 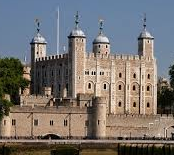 Year 4 Trip to Fort Nelson - The Romans Are Coming!

As historians we will be learning about the impact the Roman Empire had on life in Britain. Children will learn about the spread of the Roman Empire, the invasion of Britain and the eventual conquest. The children will also look in detail at some aspects of the Romanisation of Britain, such as the building of Roman roads and bathhouses. In addition to this, they will have the opportunity to learn about the British resistance of Boudicca and will act in role to look at the events of Boudicca's rebellion from different perspectives. The children will also investigate Hadrian's Wall, examining how, where and why it was built.

This half term, our topic will be ‘Natural Disasters.’ Children will find out all about the Earth's extremes, from raging tropical storms to violent erupting volcanoes to terrifying towering tsunamis. We will look at the physical geography of the Earth and what causes earthquakes, tsunamis and volcanoes. They will also explore how these events affect people, communities and landscapes.